Parkinsons disease is a degenerative disorder of the central nervous system (CNS). The motor symptoms of Parkinsons disease are due to the death of dopamine-generating cells in the substantia nigra that is a region of the mid brain. The cause of cell death is not known. Early symptoms include rigidity, shaking, slow movement and gait disturbances. Then cognitive and behavioral issues might develop with dementia usually arising in the advanced stages of the diseas
Characteristic motor symptoms include-Tremor,Rigidity,Bradykinesia,Postural instability,Parkinsonian gait.
Individuals with more progressive Parkinsons disease develop a distinctive shuffling walk with a stooped position and a diminished or absent arm swing. It may become difficult to start walking and to make turns. Individuals may freeze in mid-stride and appear to fall forward while walking
. As per ayurveda,The parkinson's syndrome was comprehensively described by James Parkinson in 1817 (An Essay on the Shaking Palsy). But the review of much early literature of Ayurveda date back as far as 5000 BC would show that syndrome strikingly similar to Parkinsonism was already known including the treatment with the seeds of a plant containing therapeutic levels of what is today known as levodopa apart from several other preparations. It is known as Kampa vata.

According to Ayurveda, most of the diseases of the Vata are essentially the conditions of degenerative diseases of the nervous system. Kampa vata is one such condition caused by imbalance of Vata. The treatment of kampavata consists of both internal and external administration of drugs in different forms aimed to reverse the vata imbalance.

Ayurveda was found to be an effective treatment for patients with Parkinson's Disease Ayurveda is an ancient Indian system of medicine. It has an integrated approach to the prevention and treatment of illness and tries to maintain or re-establish the harmony between the mind, body, and forces of nature.

Several Scientific studies and clinical trials have revealed the effectiveness of Ayurveda herbs and preparations, also established the necessity of Ayurvedic cleansing procedures (Panchakarma Therapies) prior to the use of Palliative therapy. 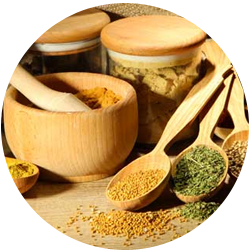